Rowland et al. (2015) published recently in Nature a study suggesting that "death from drought in tropical forests is triggered by hydraulics not carbon starvation". We have reanalyzed they data with the objective of placing them in a more global perspective.

Why do trees take more risks in the Amazon?

Drought is one of the major forces shaping forest ecosystems around the world, but much remains unknown about the mechanisms by which drought causes trees to die (, , , ). have significantly advanced our understanding in this area. They showed that hydraulic failure of the xylem tissue, rather than carbon starvation, was the main factor triggering tree death in the tropical rainforest. The tree species of this ecosystem generally operate beyond the limits of hydraulic failure, which leaves them highly vulnerable to drought-induced death. This discovery is particularly significant, because hydraulic failure is highly predictable as it is determined solely by the structure of the sap transport system of each species and drought intensity.

Here, we aim to place the key findings of into a more global perspective. The hydraulic safety margin (HSM) of trees can be defined as the difference between the minimum xylem pressure experienced during drought and the pressure causing 50% hydraulic failure. For this study, we computed the HSM values from a xylem functional trait database () covering 681 plant species from different sites and forest biomes worldwide. The HSM data for the Brazilian Amazon were obtained from .

The HSM values reported for the different forest biomes studied worldwide to date have always been positive, suggesting that hydraulic failure occurs only under conditions of extreme water deficit (). The HSM values of the species studied by are unique in being very narrow in a control plot and even largely negative in a through-fall exclusion experiment (Fig. 1). This indicates that these trees operate at xylem pressures very close to the point of no return. The vulnerability of their xylem tissue is remarkably high, much higher than reported for all the other biomes of the planet ). It will be important to confirm these values as the air-injection technique used in this study is known to overestimate xylem vulnerability for species with long vessels (, ). Similarly, the relationship found by between xylem vulnerability and tree size might be biased by an open vessel artifact as taller trees tend to have longer vessels. 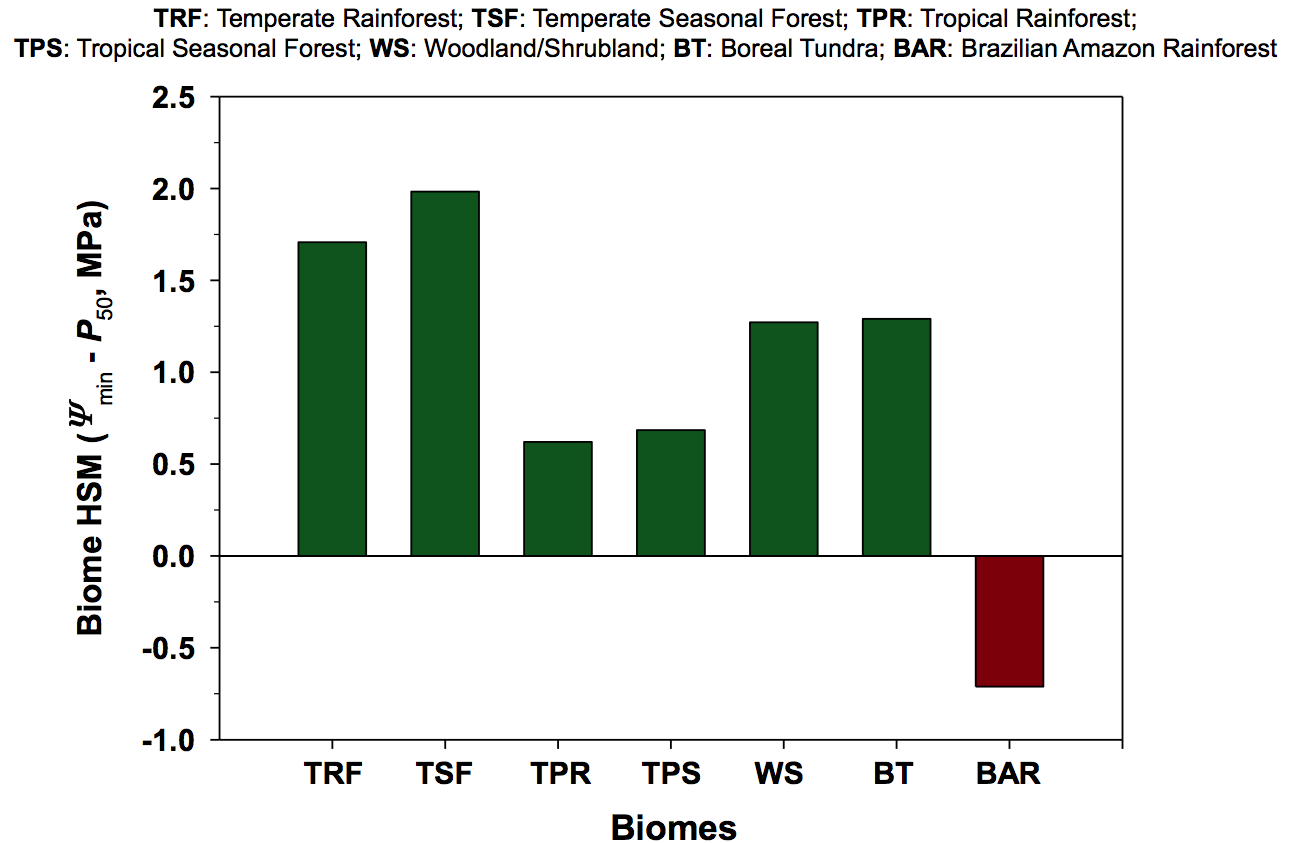 Figure 1. Hydraulic safety margins (HSM) for different forest biomes (green columns from ) and for the species studied by in the tropical rainforest of the Brazilian Amazon (dark red column).

If correct, this study raises many fascinating questions. Why do trees in the tropical rainforest of Brazilian Amazonia live so close to the edge? How do they cope with such small safety margins and high levels of embolism on a daily and seasonal basis? Will tree mortality rates increase in Amazonia with the predicted increase in drought event frequency due to climate change ()? Further studies will be required to answer these questions, but a key point will be determining whether the findings of apply to the entire Amazonian Basin. This is particularly relevant given that significant decreases in the size of the tropical rainforest in Amazonia, the largest in the world, would lead to major changes not only in the carbon cycle (), but also in global atmospheric circulation, which is powered by the evaporation and condensation processes occurring within the rainforest (). 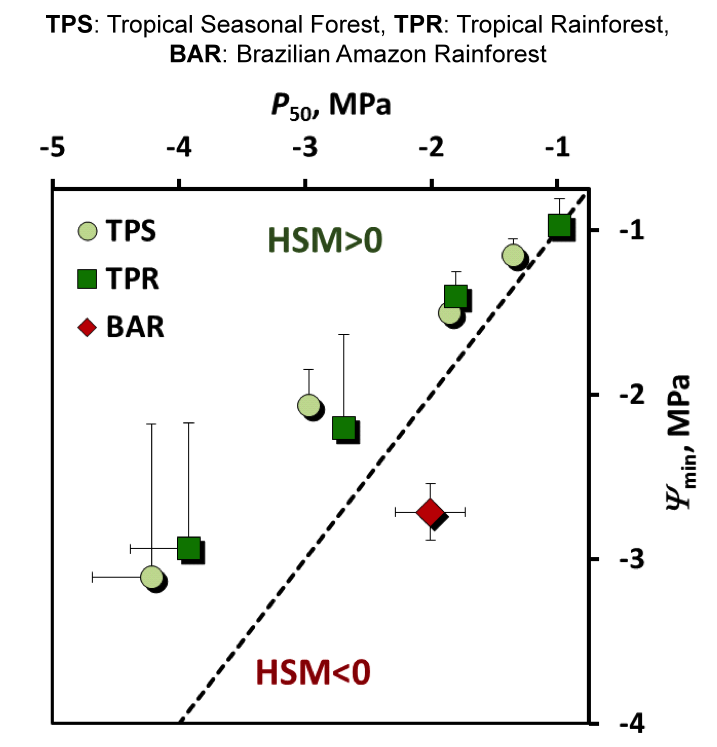 Very few HSM values have been reported for tropical species, but the available information (, ) suggests that other tropical biomes operate with safer margins (Fig. 2). The rather complex history of the Amazonian forest during recent glacial periods has shaped a mosaic of different habitats and ecosystems (). The patterns observed by in the Caxiuanã National Forest Reserve may not, therefore, be representative of the whole basin. A more global survey of tree hydraulic traits for the entire Amazon forest will be required to predict the stability of this ecosystem in the near future. Fortunately, robust, practical techniques are now available for large-scale surveys of this type , ).