In September 2015, INRA-Aquitaine organized the second international meeting of the Xylem group in Bordeaux.This group gathers scientists interested on structural, functional and ecological aspects of the xylem tissue in plants. The group first organized French meetings between 1999 and 20131 but turned international in 2014. For this second international event, more than 100 scientists from 17 different countries attended the meeting for 3-days. While the majority of the attendees were from the field of plant hydraulics, it is noteworthy that many participants were from different disciplines such as molecular biology, genomics, physiology, physics and ecosystem biology. This is an illustration of the dynamism and of the attractiveness of plant hydraulics. Our objective here is to stress some points that we think are important to consider in order to promote further this discipline in the future and let xylem hydraulics catch the wave.

The history of plant hydraulics goes back to the 15th-16th centuries with the pioneer works of plant physiologists like , or , but this field of science was founded by the masterful book of Transpiration and the Ascent of Sap in Plants. With the publication of the book of MH Xylem Structure and the Ascent of Sap the discipline entered into its modern era. Since then, the number of scientists involved in the field has increased exponentially, just as the number of publications (figure 1). Nowadays, plant hydraulics is recognized by several notation agencies as one of the hottest fields of research, as demonstrated by the publication of articles in journals with large audience (e.g. , ).

Since 2014, new ambitions have been formulated in the field of plant hydraulics to foster worldwide collaborations. First, and for the first time in its history, the community of plant hydraulicians is structuring itself into a specific scientific discipline. The success of this international meeting (not only due to the wine tasting evening) is a strong illustration of the emergence of this group. Another very significant step was the creation, in 2014, of a non-for-profit peer-reviewed journal specifically dedicated to this field of research, The Journal of Plant Hydraulics. We are convinced that these two new and perennial events will greatly benefit to the advance of the discipline by favoring exchanges between scientists in the group and by promoting interactions with other disciplines.

The hydraulic and acoustic methods developed during the last 3 decades are now used routinely in numerous labs around the world. This rapid development allowed us to characterize the resistance to embolism of thousands of species (, , ) but also introduced several methodological flaws as reported very recently by several research groups (, , , , , ). During the past few years, the use of breakthrough technologies, such as X-ray tomography, enabled for the first time the direct visualization of embolism formation in intact plants. The conclusions of these observations, repeated now on a large set of plants,change our perception of embolism:its formation and restoration is not as routine as previously thought, but rather forms only under intense water stress conditions (, , , , , ). 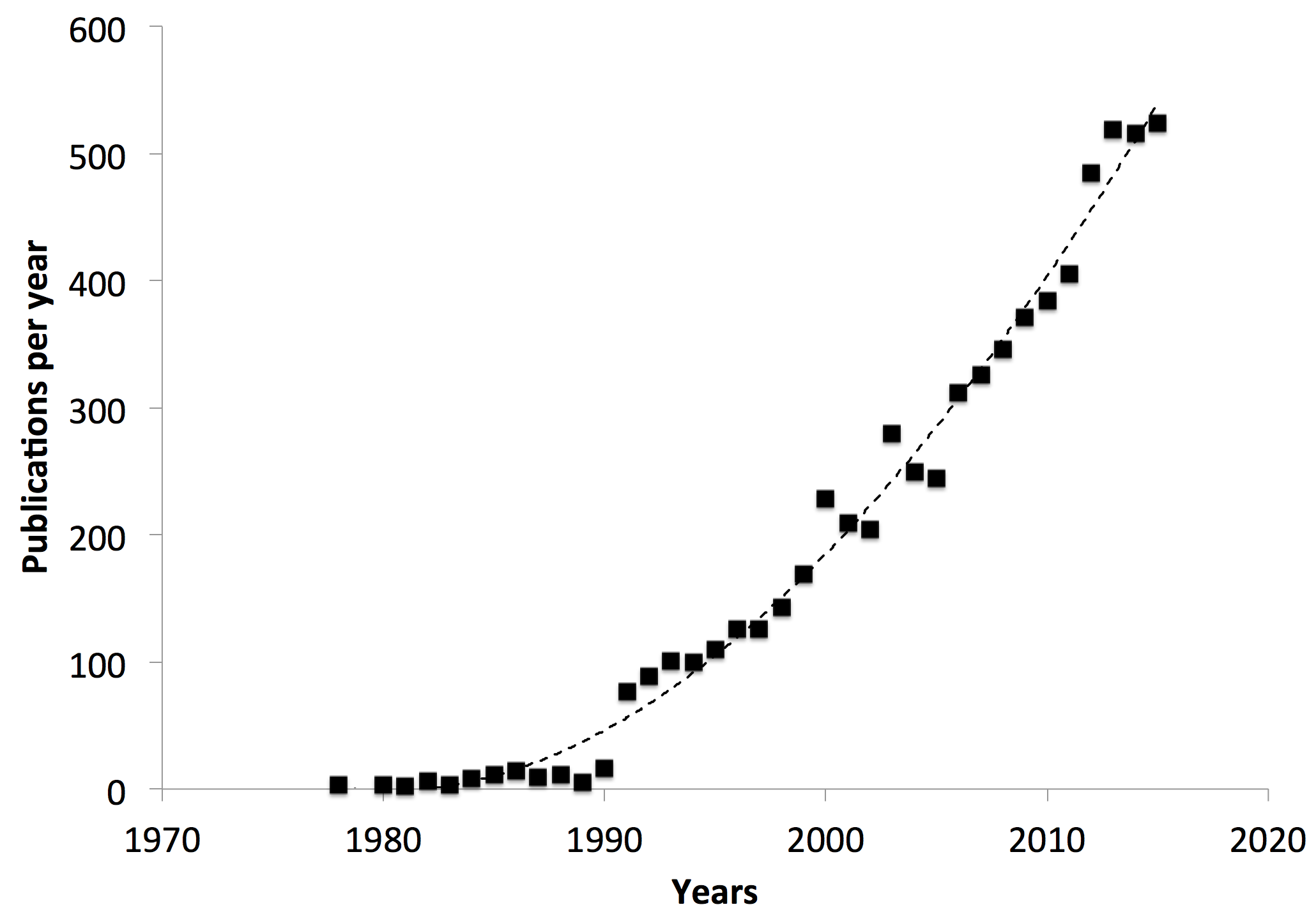 Figure 1. Number of publications published each year in the field of Plant Hydraulics according to the Web of Science database.

By entering into this new era, plant hydraulicians will have to focus their researches on important and unresolved issues. In this sense, the talks given during this meeting are illustrative of what will look like the research activity in the field of plant hydraulics in the coming years. They are still many uncertainties on the mechanism by which cavitation forms in plants and collaborations with physicists should be reinforced to make progresses into this understanding. Identifying the key anatomical structures implicated in this mechanism are also awaited to unravel these mechanisms, and, more challenging, their molecular basis. At the plant level more researches are needed to identify the functional implications of plant hydraulics on plant water relations in particular and whole plant physiology in general. The links between xylem hydraulics, stomatal function and leaf physiology need to be reevaluated on the light of the recent methodologies. Under more intense water stress, the mechanisms by which hydraulic failure causes plant mortality should deserve more attention. Finally, at a more global scale, researches should focus on the diversity of key hydraulics traits across biomes, species, populations and genotypes or phenotypes if we are to foresee and model the impact of climate change on the stability of plant ecosystems. The future meetings of the Xylem group will be an ideal place to exchange ideas are results and will this contribute to the advance of knowledge in this research field.

Acknowledgements : we thank P Bouche, R Burlett, T Caignard, G Capdeville, N Gonzalez-Munoz, Y Kouzmine, C Lemaire and M Larter, and for helping with the organization of the meeting. We are grateful to A Zanne for the live tweets during the meeting. We appreciated the visit at Chateau Couhinsand the wine tasting.We thank INRA-EFPA, ANR Acoufreezeand LabEx Cote for their financial support and INRA-Bordeaux for the infrastructures.

1 The proceedings of the Xylem group are available here: http://herve.cochard.free.fr/Groupe_Xylem.htm